The Highest Mission With God 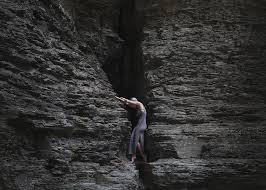 I am sure if I asked ‘what is the highest mission with God I would get a variety of answers, ranging from preaching the gospel, serving, international missions, or ministering to widows and orphans. While all of those are certainly Biblical, I believe there is one thing that is of greater value in the heart of God, and requires us to become a ‘friend of God.’

In his lesson book “Abraham Friend of God”, author Henry Blackaby says that “the highest mission with God is intercession.” He is of course relating primarily to Abraham and how he interceded before God for Sodom and Gomorrah.

I tend to agree and further see all of the above acts in the previous paragraph as examples of intercession. We typically don’t think of evangelism or serving as intercession. Of course I am really talking about someone who stands in prayer interceding before a Holy God to have mercy or bring salvation.

By definition to intercede means to intervene, mediate, arbitrate, negotiate. Another word found in the book of Psalms 106:30 is interposed. That was a physical act where Phineas a son of Aaron stood and threw a spear at an Israeli man and Moabite woman caught in sexual relations. God had forbidden the Israelites from intermingling with the nations they encountered and to keep them from idolatry. Phineas had had enough and stood and interced and by taking out one Israeli man, stopping a plague that was devastating the Israeli camp.

Of course throwing a spear is not something we do anymore as an act of intercession unless someone is physically attacking you or your family to bring harm or even death. Jesus death on the cross is definitely an act of intercession as He offered the ultimate sacrifice for mankind’s sins, He did what none of us could ever do. So there is no greater act of intercession and even now Hebrews tells us that Jesus is ever interceding for us before the throne of God. (romans 8:34) Jesus also taught us how to pray in Matthew 6:9-13.

Because we are in a fallen world and there are always needs and there are nations whose futures hang in the balance, and lives are at stake, literally and spiritually, the need for intercession before a Holy God is necessary. The fact is even though Jesus died for all sin and the gospel is free there are many who have never heard that or who do not believe and are thus destined for hell. There are the sick, the needy, the hopeless, the idolatrous, the thieves murderers, and so forth. There is ultimately the need for those who will stand and pray for cities, states, nations, etc.

By intercession in the Bible we are talking about standing in the gap, or making up the hedge. In Ezekiel 22:30 we see God is looking for someone to make up the hedge, “ I looked for someone among them who would build up the wall and stand before Me in the gap for the land, so I would not have to destroy it, but I found no one.” God was looking for someone to stand and intercede. The gap occurs when there is a breach in the covenant, a break in God’s laws and commands as a result of idolatry, murder,extortion, stealing, sexual sins, and the list goes on. Even the blatant defiance of our governmental leaders we see now is unprecedented and points to a bigger problem. Not only is most of the church not in alignment the nation as a whole.

The answers is for those who know how to stand in that gap and build a wall. Pray util the wall is repaired. That usually happens when there is repentance and fruit of repentance. We need to do that in our community, city, state, and so on.There are a few solid examples in the Bible of men that God mentioned as intercessors that knew how to get a hold of hIs heart. Jeremiah 15:1 “even if Moses and Samuel would stand before Me my heart would not go out to this people. Send them out.”

Obviously these two men were able to ‘stand before God and make up the hedge. Jeremiah was crying out for the people but God had made up His mind. He had made a covenant and Israel had repeatedly broken it until atlast God said the land needs rest from this sin, so He sent them away for 70 years. Both Moses and Samuel were two who stood in the gap for God’s people and were able to turn His heart from wiping them out. God is looking for people like Moses and Samuel who, like Abraham, He can call His friend.

In Ezekiel 14:14 we see three more men, Daniel, Job, and Noah mentioned as those God would listen to. What was it about these 5 that caused the prophets to write that regarding them? What set them apart? There was righteousness, yes and they were blameless before God. But I think over and above all of that was they knew how to stand in the counsel of the Lord and interced, they uderstood God’s heart for mercy and repentance. They understood the times they lived in and the people around them. 1 Samuel 12:22, for the Lord will not forsake His people for His name’s sake, because it has pleased the Lord to make you His people. You see God is proud and pleased of His people especially when they humble themselves and seek Him. He is not pleased with their continuous sin.

What we need are intercessors who are ‘friends of God’, who understand Him and all of His ways. That not includes His hatred of sin but how much He really wants to set His people . We need intercessors who understand all of God’s ways not just His hatred of sin and unrighteousness, but how much He loves and cherishes His people, and wants the best for them.

God is seeking in this late hour intercessors who can stand before Him and pray and make up the hedge for America, Israel, China, Russia, UK, France, Germany, India, Brazil and all of the nations. He is looking for someone who will stand up and say yes. This hour requires much more intercession, and intercession from a deep intimacy with the Father. We need His heart for America, and all of the cities. I challenge you to study the lives of Moses, Daniel, Samuel, Noah, and Job and look at their lifestyle of intercession and prayer. God is raising up and seeking and in need of those who can and will get in the gap and pray according to God’s heart