What’s Really Going On IN the Current Gaza Crisis! 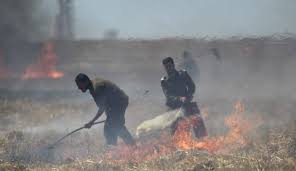 With all of the attention on the recent U.S. elections and then the prolonged ballot counting in two southern states it can be easy to forget about the rest of the world and especially Israel. There is an all out assault on the current administration and true Christian values and as we have seen even in state and local elections around the United States. This ultimately is a demonic assault conspired by various demonic forces that we are seeing played out in media, education, government, families, businesses, and all aspects of society.

Those same forces are working around the world and are bring anti-semitism and anti-Israel attacks to the forefront. Battles lines are being clearly drawn in the spiritual and natural. I have mentioned in previous writings that we as Christians are losing more and more freedoms and are thus persecuted but not at the level of other nations. At the same time, the wars in the Middle East are going on and Iran continues to be a major player. Worse is the fact since April there have been untold numbers of kites, balloons and rockets sent from the Gaza Strip into Israel reaching at times eerily close to Jerusalem. It has burned fields and olive trees and there has been much loss to crops and damage to homes and other properties.

This is obviously a new tactic setting kites and balloons on fire and sending them over to Israel. The latest attack resulted in hundreds of rockets fired by Hamas controlled Gaza. The Israeli Defense Minister Lieberman resigned last week citing disapproval of the newest ceasefire, brokered by Egypt. That resulted in all of Liberman’s party pulling out of Prime Minister Netanyahu’s cabinet and coalition government. That pulled the majority to just 61 of 120 seats, leaving Netanyahu a thin majority.

Another party threatened to pull out if that party’s man, Naftali Bennett, and all of there seats thus resulting in a dissolved government. You see things work differently in Israel. If the party with the most votes does not have over 62 seats in the Knesset then they must pull other parties in to form a ‘coalition.’ So many are in effect calling for early elections in Israel ahead of those dues late 2019. Prime Minister Netanyahu is focused on a war on three fronts and also is aware of what needs to be done.

You see many are newcomers to politics in Israel and thus may not understand the ‘bigger picture’. We know that Iran funnels money and weapons to Syria, Lebanon, and Gaza. So if Israel rolls into Gaza now it might be premature and cause a war on other fronts. Everything needs to be in place. But there is also a spiritual battle bigger than we can imagine. The area around the strip of land known as Gaza has never been occupied by Israel.

In Joshua 13 it was originally assigned to Dan and some parts to Judah. But if you were to look at any Bible map of the land of Israel and the 12 tribes division you would see Dan up near modern day Syria, and Judah confined to the region known as the Negev. The original promised land included the land area known as the Gaza strip. However, the children of Israel, i.e. Dan, were never able to occupy and dislodge the Philistines. So you see this problem is not a new one and don’t think it’s going to fix itself overnight or with one army attack. Further it is complicated by the fact that Iran or modern Persia is a major player behind the terror and providing weapons in the natural.

The Gaza strip as we see it on a map today was part of the 1948 partition, and was never intended to be possessed or ‘occupied’ by Israel or anyone else. From 1949 until 1959 t was administered by Egypt  under something called the All-Palestine government. From 1959-1967 it was still under Egyptian control administered as the United Arab Republic.

After the Six Day War when Israel gained control was under Israeli control. In August 2005 after building several settlements in the Gaza the Israeli government performed a unilateral disengagement and pulled all Jewish citizens of Gaza and gave control to the Arabs living there.Many Israeli’s supported this action thinking it would alleviate the situation and lessen tension. But, after Hamas was elected to run the government things have been quite the opposite, until we come to the current crisis.

It will take much prayer and intercession to see ultimate victory and it may not fully be won until Jesus returns. Yes, once again I’m pointing to the return of our Lord and Savior Jesus Christ. Nevertheless, we must not get so caught up on things in the US or Israel or in any other country to the point we forget that we are citizens of the Kingdom of God first, and that God has plans for His Son to rule and reign. In the meantime just be aware that we are seeing things play out according to Biblical plans.

There are a few prophecies that mention the land of Shinar. It is first mentioned in Genesis 10:10, and 11:2 as the place surrounding the tower of Babel. Later it is mentioned in Zechariah 5 as the place where a temple is built for wickedness. Without getting into a lot of unnecessary detail we can definitely see that Sinar is important in the days ahead. Most equate it with being in modern Iraq and some Iran, but nevertheless, that whole area will definitely be a scene in the days ahead of more destruction and terror coming forth in the earth.

For now we need to pray that there not be early elections so that Prime Minister Netanyahu can focus on the bigger picture and see the necessary plans thwarted so he is forced to campaign instead of running a country facing terror on three fronts. Pray for God’s will and protection for IDF soldiers and families. Also pray for the people of Gaza for ‘innocent’ lives to be spared. Also, for revival, yes revival even there. Pray for dreams and visions and revelation of Jesus for all. For Hamas to put down their rockets, kites, etc. We have seen God great and wondrous things in the more recent past. Pray God’s divine intervention and at the same time for many to recognize God’s hand of protection and turn to Him.

As with our own situation we need to keep our eyes on the Father and Son and Holy Spirit. As Paul said “pray without ceasing.” (1 Thes. 5:17) Our only hope is in Jesus yet we need to pray for Israel and all nations as well as our own. There is a real, physical battle, but there is a greater spiritual battle. We can only fight the spiritual battles with spiritual weapons, and praying God’s Word is the best. There are many scriptures we can pray for Israel, but Psalm 122 pray for the peace of Jerusalem and Romans 10 :9 ‘all Israel shall be saved” are good starts.